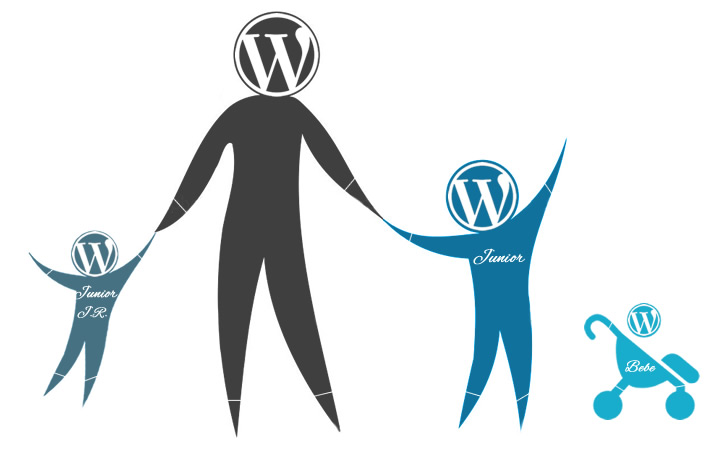 3. The functions.php file – and the power is yours

Although a style.css file is enough to have a child theme, you usually want to change more than just a few styling settings. You may want to add a few functions or modify some existing ones. That’s where the functions.php file comes into play.

So in the newly created functions.php you can now add the pieces of code that you want to, without losing them on the next theme update. They will always be there. Just remember that the file must always begin and end with PHP tags:

Before getting knee deep into PHP code, here’s a quick tip on comments.

Comments are not executed by PHP and you can use them to write instructions about your code, either for yourself (to remember what you were trying to do) or for others that may read your code later on. Here’s a more complex example:

And with comments out of the way we can move on.

3a. What’s a pluggable function?

A WordPress pluggable function is a function that when declared has an existence check. It looks something like this:

Notice the function_exists() function? That means that the function make_header_red() is pluggable. You see, the cool thing about WordPress is that is loads your child theme’s functions.php before the parent theme’s functions.php. This means that if you declare a function with the same name in your child theme, it will be used instead. So you could copy that function from the parent theme and change it according to your needs. Like this:

This way you won’t have to edit the parent theme files where the function make_header_red() is called. If, for example, this function was called in header.php you wouldn’t have to edit that the file at all. You just changed what that function does right from within your child theme.

3b. What are actions and filters?

Another way functions may be loaded in the parent theme is something similar to this:

The function is declared without the function_exists() check here but the interesting part is how it’s being loaded into WordPress. It’s being loaded via the add_action() function. The first parameter ‘wp_footer’ is a hook and it tells WordPress where the function should be loaded. There’s a huge list of hooks in WordPress, and themes can add their own (and they usually do). But that shouldn’t really interest you because you’ll be using the same hooks. The second parameter is the function to be loaded and in our case it’s make_footer_red().

So in our example the make_footer_red() function is added as an action to the wp_footer hook. What does this mean exactly? Well, for this to make perfect sense you need to fully understand what WordPress hooks are, but the main idea is that they’re triggers at specific points throughout WordPress that run all functions attached to them at that specific point. For example all WordPress themes must have a wp_head hook in their header.php file and a wp_footer hook in their footer.php file.

So instead of modifying footer.php to insert a function and make the footer red, we can do that from our child theme’s functions.php file by using the wp_hook with the help of the add_action() function.

With that out of the way, now back in our child theme, what we have to do to change the footer from red to blue is very simple. Remove the existing function from the hook and add our own to the same hook:

Not that much to it really. You declare your new function, with a different name this time, use remove_action() to remove the parent theme’s function then add our newly created one via add_action(). The third step may seem a bit strange but since our child theme is loaded by WordPress before the parent theme, our actions must be run just after WordPress loads (we’re basically just telling WordPress to wait until the parent’s theme make_footer_red() function is hooked just so we can unhook it then).

Again, we changed how the parent theme behaves without altering it. Everything is done from within our child theme’s functions.php.

Of course, there will be situations when you won’t need to remove the original function at all, and you’ll just add another one to that same hook. In that case you won’t use remove_action(). Here’s an example of simply adding a function via hooks.

It’s that simple. No more remove_action() cause there are no actions to remove, thus no more ‘init’ hook either.

You’ll find more on WordPress actions in the Codex. For a complete list of all the hooks in WordPress you’ll have to check the Codex as well.

Filters are very similar to actions in WordPress and you can use add_filter() and remove_filter()  in a similar way. You’ll find more detailed info about filters in the WordPress Codex.

Remember, check your parent theme for functions, actions and filters that you want to remove or edit. You don’t have to do anything from scratch. See the function that’s either pluggable or loaded via a hook or a filter, copy – paste it in your child theme, edit it to your needs (changing its name if it’s loaded via a hook or filter), remove the old function from the hook or filter and add your newly created one.

Like Loading...
Pages: 1 2 3 4 5
More Tutorials This article is part of our WordPress general and theme specific tutorials series. For more useful information check out our tutorials section.
Written by

This site uses Akismet to reduce spam. Learn how your comment data is processed.