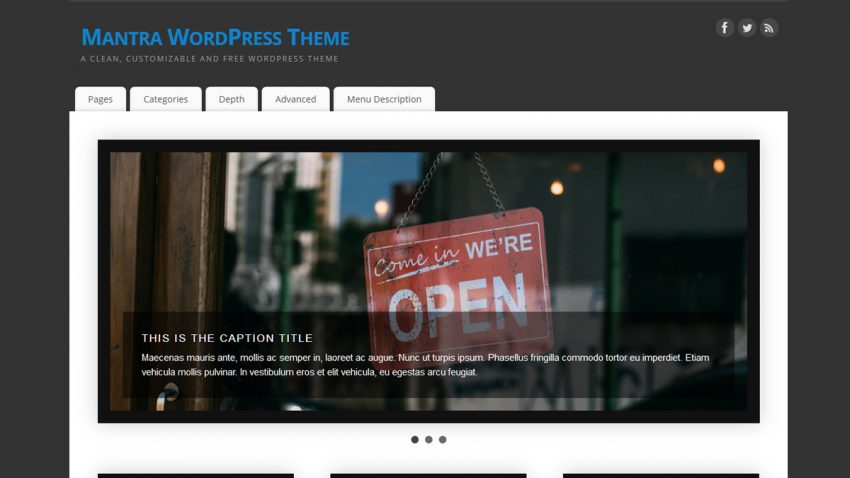 Preparing for the next big step in Mantra’s life (namely v2.1) which should bring along a surprise (or more), we’re releasing a maintenance update in the form of 2.0.7.

When updating to WordPress 3.6, also update Mantra to at least 2.0.7 otherwise the theme configuration page will misbehave (due to a limitation in our jQuery version checking function)

For the nerd in you, here’s the changelog:

Like Loading...
Mantra is a clean, highly customizable and totally free WordPress theme. For more info check out the theme's page.
Written by